Views on an author 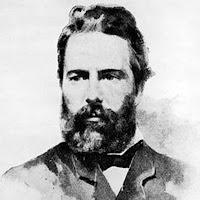 ''A man with true, warm heart, and a soul and an intellect, — with life to his fingerprints; earnest, sincere, and reverent; very tender and modest. And I am not sure that he is not a very great man. He has very keen perceptive power; but what astonishes me is, that his eyes are not large and deep. He seems to me to see everything accurately; and how he can do so with his small eyes, I cannot tell. They are not keen eyes, either, but quite undistinguished in any way. His nose is straight and handsome, his mouth expressive of sensibility and emotion. He is tall and erect, with an air free, brave, and manly. When conversing, he is full of gesture and force, and loses himself in his subject. There is no grace or polish. Once in a while, his animation gives place to a singularly quiet expression, out of those eyes to which I have objected; an indrawn, dim look, but which at the same time makes you feel that he is at that instant taking deepest note of what is before him. It is a strange, lazy glance, but with a power in it quite unique. It does not seem to penetrate through you, but to take you into itself."

Notes: The above are words by Sophia Hawthorne, in a letter to her mother (1850), as quoted in Herman Melville: Mariner and Mystic (1921) by Raymond Melbourne Weaver. // Herman Melville added greatly to the American Renaissance period with his works –novels, short stories and poems. He is best known, though, for one of them: the classical whaling novel Moby-Dick which has a wide appeal, even to our time. In spring 2011 Plymouth University hosted a unique symposium and exhibition about the whale. It was created by two artists inspired by their mutual obsession with the great American novel and the subject of the whale. Out of this project, another one was created: The Big Read, the online version of Melvilles's magisterial tome – each of its 135 chapters are read out aloud by a mixture of famous artists, academics and the unknown. You can listen to the podcasts online here. Each one, publicly and freely accessible, is followed by a piece of art and some facts about whales at present. Enjoy!
at August 01, 2018