Those who lived
in parallel 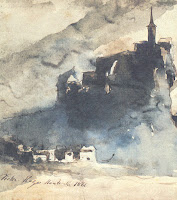 Dangerous times make us confront History. Pierre Assouline, one of the most significant contemporary French writers, shows us how he does it – in "Sigmaringen", the low-key novel he wrote in 2014, he enters the dark side of French history with every intention to investigate. And he does raise some quite interesting questions about value systems and the act of resisting.
The novel is set in 1944, early September, right after the Allies and General De Gaulle liberate Paris. The Vichy Regime is moving fast out of the country and into the neighbouring Sigmaringen, a town in southern Germany known for its castle – Schloss Sigmaringen is the seat of government for the Princes of Hohenzollern-Sigmaringen. The castle becomes immediately the seat of the Vichy Regime, and Marshall Philippe Petain and his cabinet (with their families, lovers, attachés and servants)  occupy all three floors of the castle as the Hohenzollerns are forced out of it. Their German service, though, remains to cater for the newcomers who have the impression that they will return to France soon and so, they keep on governing, plotting and living in political flexibility over maps. Despite the lack of supplies (we are still in a war period and food and other basic amenities are hard to get) the daily life in Schloss Sigmaringen follows the usual protocol. Julius Stein, the butler, makes sure of it. Ηis immaculate professionalism and discretion, though, are not appreciated much. In fact, this very attitude gets on the nerves of both the French and the SS officers, the latter reserving a room on the ground floor as their headquarters.

A literary critic, a journalist and an acclaimed author, Pierre Assouline has an undeniable flair for writing. Historical novels, in particular. However, this time, the events seem to take control of the narration – the quick succession of scenes does not leave enough time for the reader's imagination to assimilate the many details of the people and their living. The author probably wanted to avoid the usual literary pitfalls since the novel expands well out of the walls of the castle and into the surrounding town, dealing at the same time with an aspect of French history that goes beyond commonly accepted perceptions. Best intentions set aside, the development of the characters is reserved and the novel resembles a simple registry of events, at least in the beginning.

A more balanced pace is achieved gradually and the author manages to create a story filled with empathy, perceptive observations and subtle nuances; delightfully witty dialogues, twists and revelations. There are also quite a few thrilling aspects: Julius's emotional world and his attitude towards Nazism, his passion for Schubert's lieders, the discreet affair with Jeanne Wolfermann; the small exaltations of his thoughts upon the advent of the Allies and the return of the Hohenzollern family in the castle. Even more thrilling are the questions the author poses about the limits of professionalism and of one's own conscience; and about how strong the sense of belonging and obedience can be, and where they can lead. 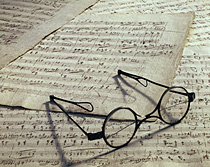 "Sigmaringen" marks a trend of our literary times: to explore WWII and the (French) Collaboration extensively. Αnother recent novel to prove this is "Monsieur le Commandant" ("A Wartime Confession") by Romain Slocombe – a riveting narration of a French bourgeois on his collaboration with the Nazis, against his own family. There are certainly other novels that fill the picture which started to evolve from "La Place de l'étoile" (Gallimard, 1968) – the very first novel by Patrick Modiano who had investigated the Parisian files of the WWII period, even before the French historians, and dared to use two unconventional characters in it: a Jewish anti-Semite serving in the French Gestapo and a Petainist (the protagonist's former professor).

Nowadays, there is a load of material that signifies the intense interest for this period and Pierre Assouline gives us an idea of those that helped him frame his novel – apart from the relevant academic studies, he went through film and TV productions, journal records and books, all listed in an appendix at the last pages. I found it unnecessary as it limits the dynamics of the story - the knowledge of specific television and film productions (with the visual stimuli they provide) trap the reader's imagination in specific settings. On the contrary, the notes Marisa De Castro, the translator, adds to the text provide you with information and clarifications necessary to link fiction and reality. Along with the short section informing us about the fate of the Vichy French government –its officers and accomplices– these two elements give the book a worthy sense of documentary.

I read the novel relatively quickly. I suppose I must have mistook,  to some extent, the quick pace of the narrative with my anticipation for every next  page – anyone who has read "Lutetia" knows what I mean. "Sigmaringen" is not less interesting a book but I still got the sense of the imperfect editing of the Greek translation. To give you an example: the frequent and slightly elaborate use of colon interrupted the flow of the reading and made me wonder about the meaning of a sentence and its coherence. 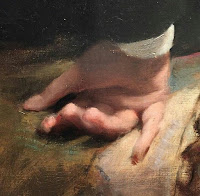 Despite the technicalities, "Sigmaringen" succeeds in portraying the dual reality of a war, the power of history to move ahead and our need for an enhanced collective memory. It leaves you with a melancholic aftertaste, like a piece of classical music fading out; and the indelible image of a mild character who has a strong sense of professionalism, and the integrity to resist the attitude of apathy and homogenisation that the strict performance of his duties calls.


Notes: The novel is not translated in English (not yet, I hope). // If you can read Greek, you can take a look at a more extensive post where I comment on the plot and characters more specifically. //  The first art piece is a painting by Victor Hugo. The spectacles (in the photograph drawn by Le Monde) belong to Franz Schubert. The author's photograph is drawn by Le Point. The detail of a male's hand is taken from a painting by John Singer Sargent. // You can watch here Madame Destouches (appearing in the novel) giving a short tour of Schloss Sigmaringen and the Portuguese Gallery where she practised ballet every day. It is, also, where Jeanne Wolfermann accompanied Julius on the piano for his favourite "Nacht und Träume".
at November 16, 2017